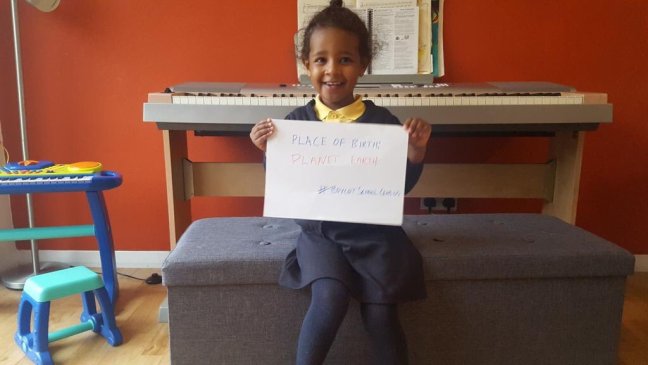 Today Against Borders for Children (ABC) is celebrating the success of its crowdfunding appeal, which will support a judicial review of UK Government’s policy of requesting country of birth and nationality information on children in English schools. On the 7th of December, less than two weeks ago, ABC launched a public appeal for £3,500 towards the costs of this action, with a stretch target of £12,000. This latter target was reached last night during the last 12 hours of the appeal, which was hosted on CrowdJustice, a public interest crowdfunding platform.

The case against the Secretary of State for Education will be heard at the High Court in London, and ABC will be represented by human rights NGO Liberty and Garden Court Chambers. This policy of data collection, part of the Prime Minister’s “hostile environment” agenda towards migrants, has been opposed by ABC, Privacy International, the Refugee Council, the Latin American Women’s Rights Service and 20 more organisations, and even the House of Lords. The National Union of Teachers also urged all parents to withhold this data.

The collection of this information in respect of every child, critics including ABC have argued, may violate the rights of children and their families to a private life under Article 8 of the Human Rights Act. Equally, no evidence has been presented by the government to suggest that the collection of this data fulfills any identifiable educational purpose, given first language data is already separately collected. Information obtained under Freedom of Information legislation in 2016 showed previously collected pupils’ data had been passed to the Home Office for immigration enforcement purposes on several occasions. The plan was for nationality data to be also passed to the Home Office until our campaign forced a stop to it.

“More than five hundred members of the public have chipped in to support this case, and it’s fair to say we’ve been blown away by the scale of the response. It’s an excellent sign that the Prime Minister’s attempts to make this country into a more hostile environment has plenty of opposition out there, and we will now do our best to win this case and overturn this vile and discriminatory policy.

“We are also very grateful to Liberty for their support, without which this case would not be proceeding. Even at this late stage I would urge Ministers to do the right thing and abandon this policy. A group of volunteers should not to have to go to these lengths to try and secure children’s basic rights to privacy, to safety, and to an education. It’s time for the Government to accept these arguments now and avoid the expense of what should be an entirely unnecessary hearing.”

“Every child has a right to an education – there is no place for Home Office immigration enforcement in our classrooms and playgrounds. A quarter of teachers and families across the country refused to hand over children’s nationality and country of birth data in the last school census – now hundreds of people have backed this legal challenge. It’s a damning indictment of this toxic policy and a clear message to the Prime Minister that we don’t want our schools turned into places of division and fear.”