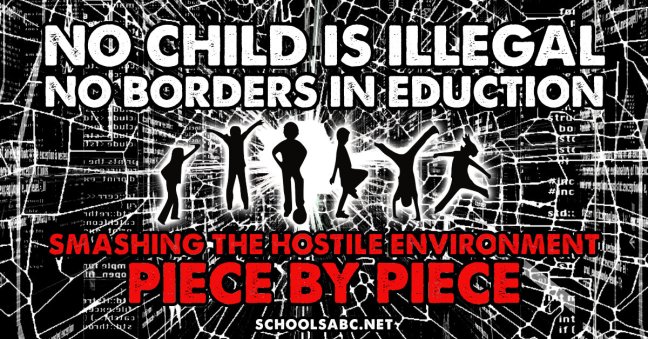 The UK Government has today issued new guidance for schools in England which confirms that nationality and country of birth data will no longer be sought. This is a major victory for campaigners, led by Against Borders for Children (ABC) alongside a wide range of privacy, human rights and anti-racism campaigners. ABC was set up in September 2016 to fight this policy, and has been running a successful boycott campaign as well as bringing a legal action with the assistance of Liberty. This data on children in English schools has been collected as part of the Prime Minister’s “hostile environment” agenda towards migrants, and was rejected by the House of Lords in November 2016. The National Union of Teachers, as was, also urged all parents to withhold this data.

However, no confirmation has yet been given that Ministers will order the deletion of data already gathered, and address data continues to be shared with the Home Office for immigration enforcement purposes. ABC will also work to end the exclusion of children with​ “no recourse to public funds” – a condition often attached to people without indefinite leave to remain – ​from free school meals. Alan Munroe, a primary school teacher and spokesperson for Against Borders for Children, said:

This is a major win for pupils, parents, teachers, and everyone in this country who believes schools should not turned into part of this government’s hostile environment agenda. But there is much more still to be done. We will continue to work with other organisations to ensure the legacy of this unnecessary and divisive policy is ended: that means all data gathered in the past must be deleted, and parents must know that their children will not be harassed at school or used against them.

It also cannot be acceptable for some of the most deprived children in our schools to be unable to access school meals as a result of the “no recourse to public funds” policy. Many organisations are working to see this hateful approach ended too, and we will campaign alongside them so no child goes hungry because of a box ticked on a Home Office database. The future of this country must not be one where people are divided by racism and selfishness.

Gracie Bradley, Advocacy and Policy Officer at Liberty (and member of the ABC campaign), said:

This is a huge victory for parents, teachers, campaigners and generations of children to come. But it is shameful it took a nationwide boycott and legal action for this toxic policy to end – and it is disgraceful they are not deleting the data they did manage to collect.

Every child has a right to an education regardless of their background and the government has no business building lists of foreign children. This u-turn proves that if we resist and challenge xenophobic policies head on, we can and will dismantle the hostile environment. 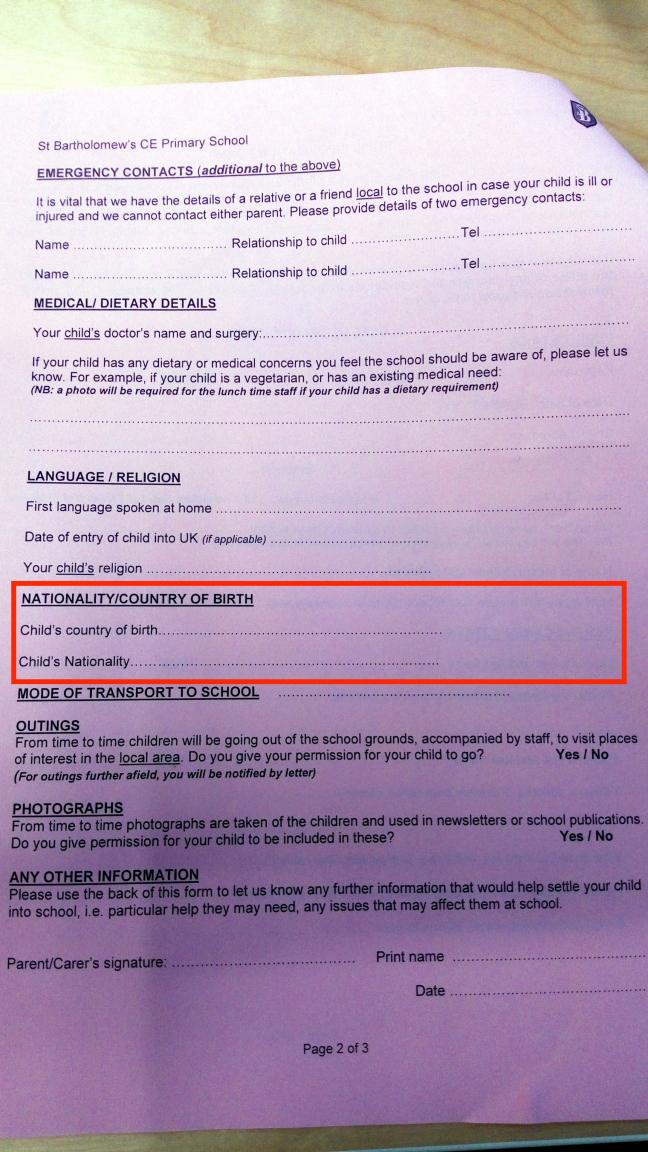 In April, this year it was reported that the Department for Education (DfE) had decided to scrap nationality questions from the school census, completing the key campaign goal for Against Borders for Children. However since then we have been receiving examples (see photo) of children’s nationality and country of birth, which are still being asked for by schools.

So we are asking parents to do three things:

These questions have already proven to have produced divisive and racist outcomes which was noted in the House of Lords. When the nationality questions were introduced shortly after the EU referendum, they have contributed to the hostile environment affecting millions of children particularly in diverse communities.

However since our campaign win, it is now clear that schools are still issuing nationality questions as the Department for Education have failed to update their official guidance on the School Census. Even though now it has been over 8 weeks since DfE’s decision to scrap this damaging practice was made public.

As we are aware of particularly primary schools asking incoming reception classes to provide these details, we are asking all parents and carers affected by this to continue to boycott these questions on the school census.

Until all schools are properly informed to scrap this information, this campaign will continue and we will also review the broader hostile environment in schools.

Together we can completely end this attempt to bring the hostile environment into our schools. 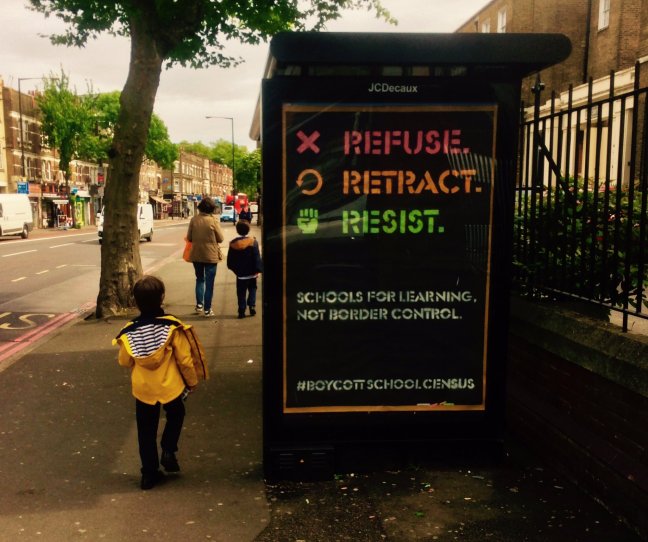